Enjoy Free Shipping When You Shop $25 and More. ScoopFree is the only self-cleaning cat litter box that uses disposable litter trays to deliver unequalled odor control and hassle-free convenience. You won't have to see, touch, or smell messy waste. 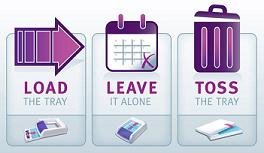 Signup for our newsletter

Take a look around, and let us know if we can assist you with anything.